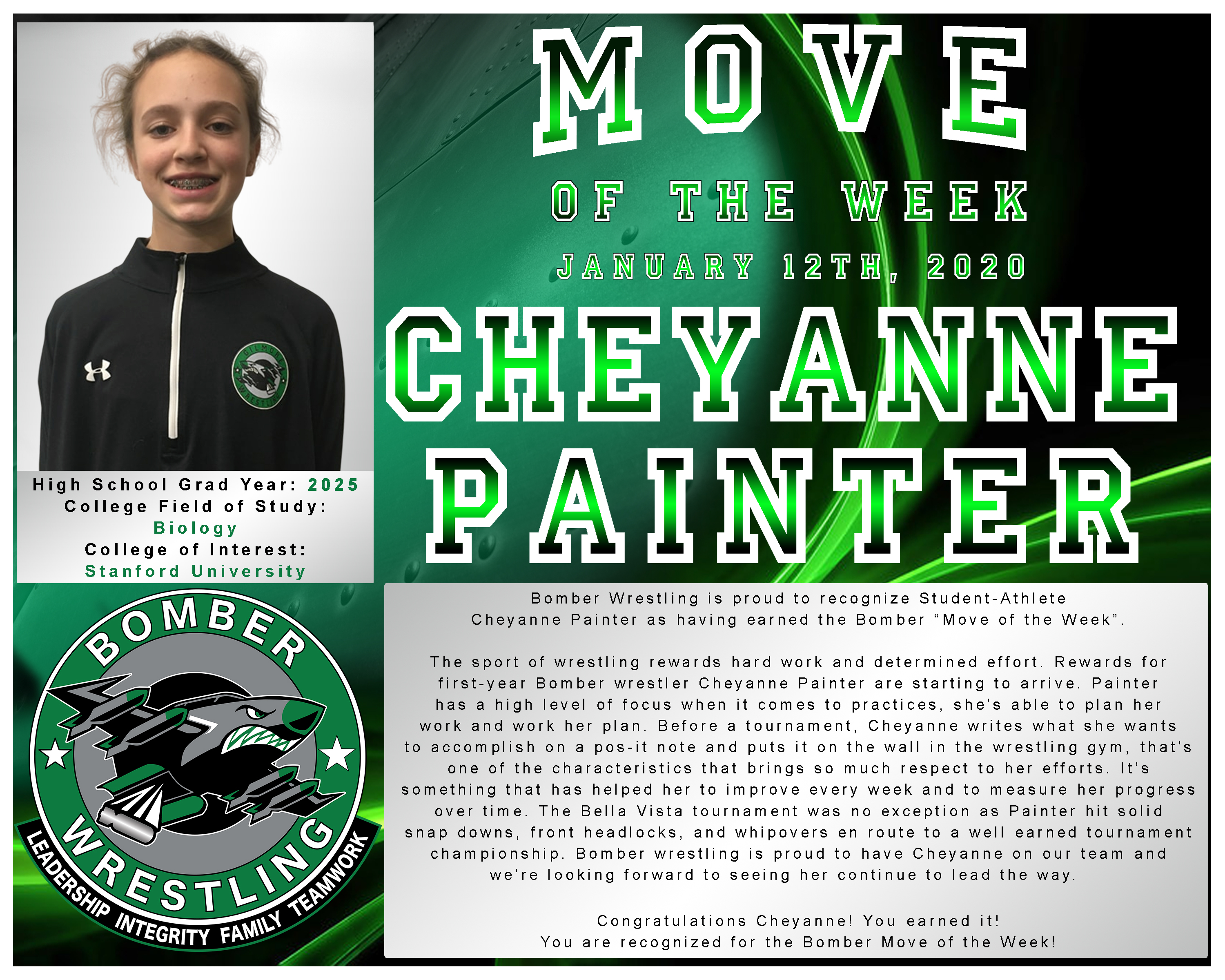 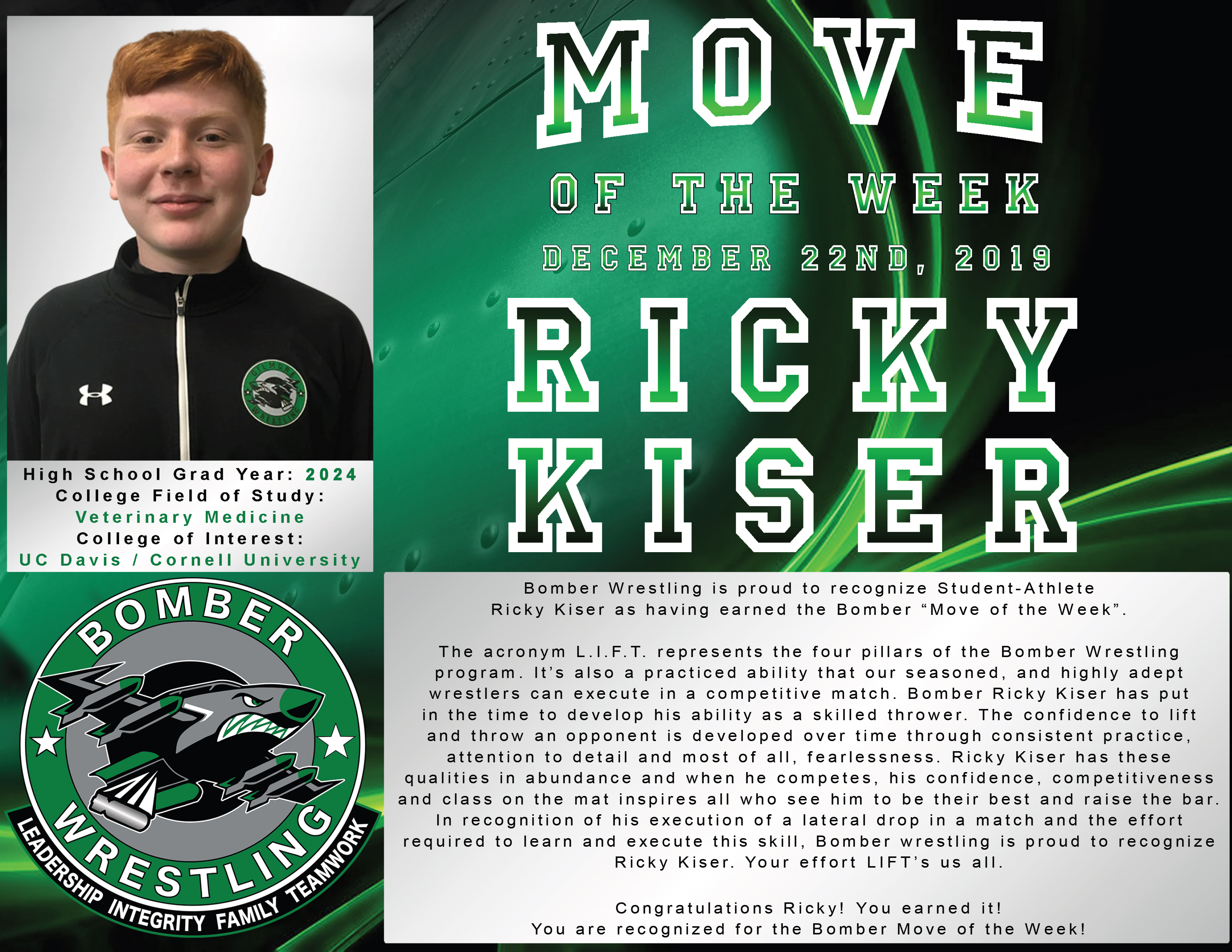 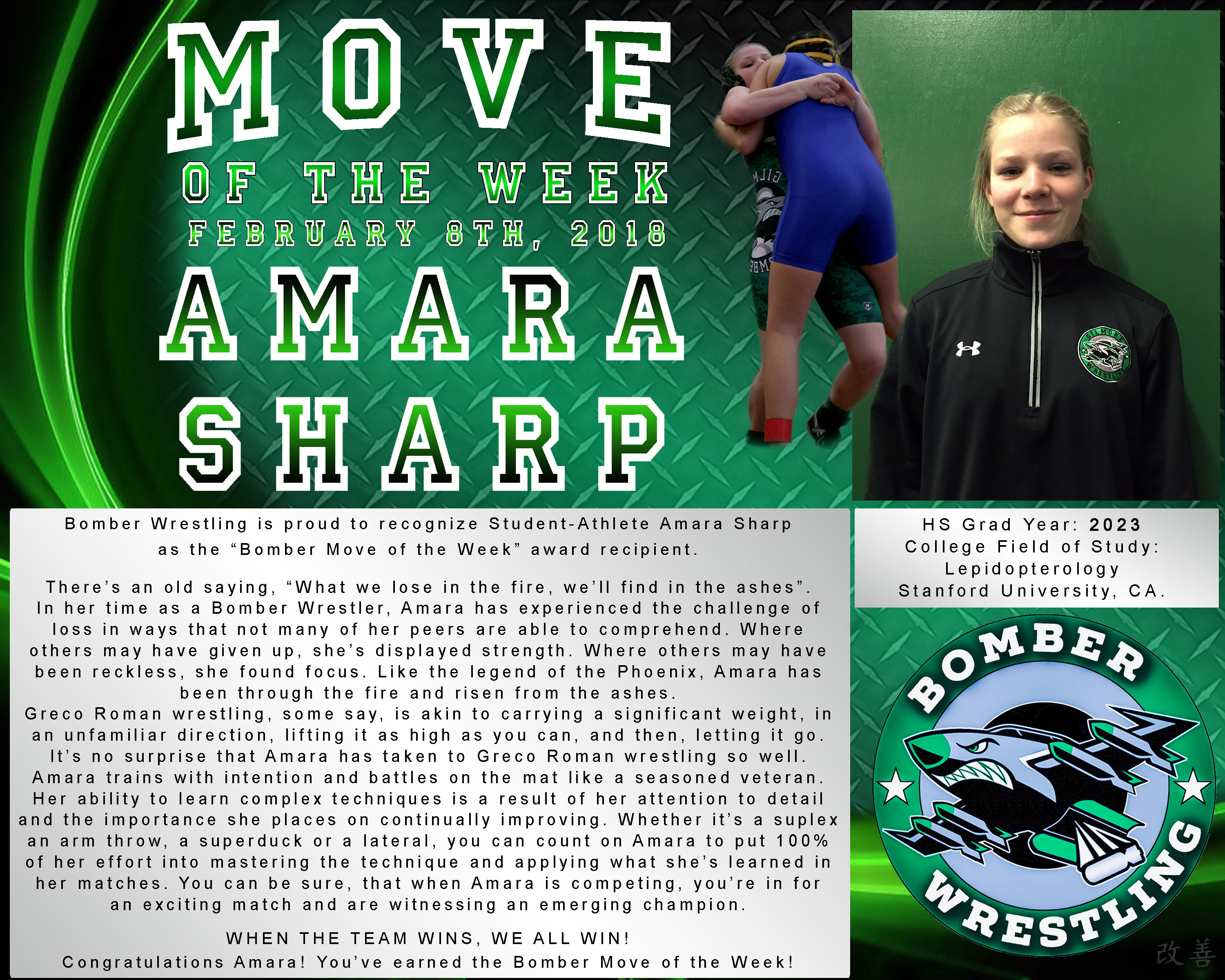 Bomber Wrestling is proud to recognize Student-Athlete Amara Sharp
as the “Bomber Move of the Week” award recipient.

There’s an old saying, “What we lose in the fire, we’ll find in the ashes”. In her time as a Bomber Wrestler, Amara has experienced the challenge of loss in ways that not many of her peers are able to comprehend. Where others may have given up, she’s displayed strength. Where others may have been reckless, she found focus. Like the legend of the Phoenix, Amara has been through the fire and risen from the ashes. Greco Roman wrestling, some say, is akin to carrying a significant weight, in an unfamiliar direction, lifting it as high as you can, and then, letting it go. It’s no surprise that Amara has taken to Greco Roman wrestling so well. Amara trains with intention and battles on the mat like a seasoned veteran. Her ability to learn complex techniques is a result of her attention to detail and the importance she places on continually improving. Whether it’s a suplex an arm throw, a superduck or a lateral, you can count on Amara to put 100% of her effort into mastering the technique and applying what she’s learned in her matches. You can be sure, that when Amara is competing, you’re in for an exciting match and are witnessing an emerging champion.

WHEN THE TEAM WINS, WE ALL WIN!
Congratulations Amara! You’ve earned the Bomber Move of the Week!