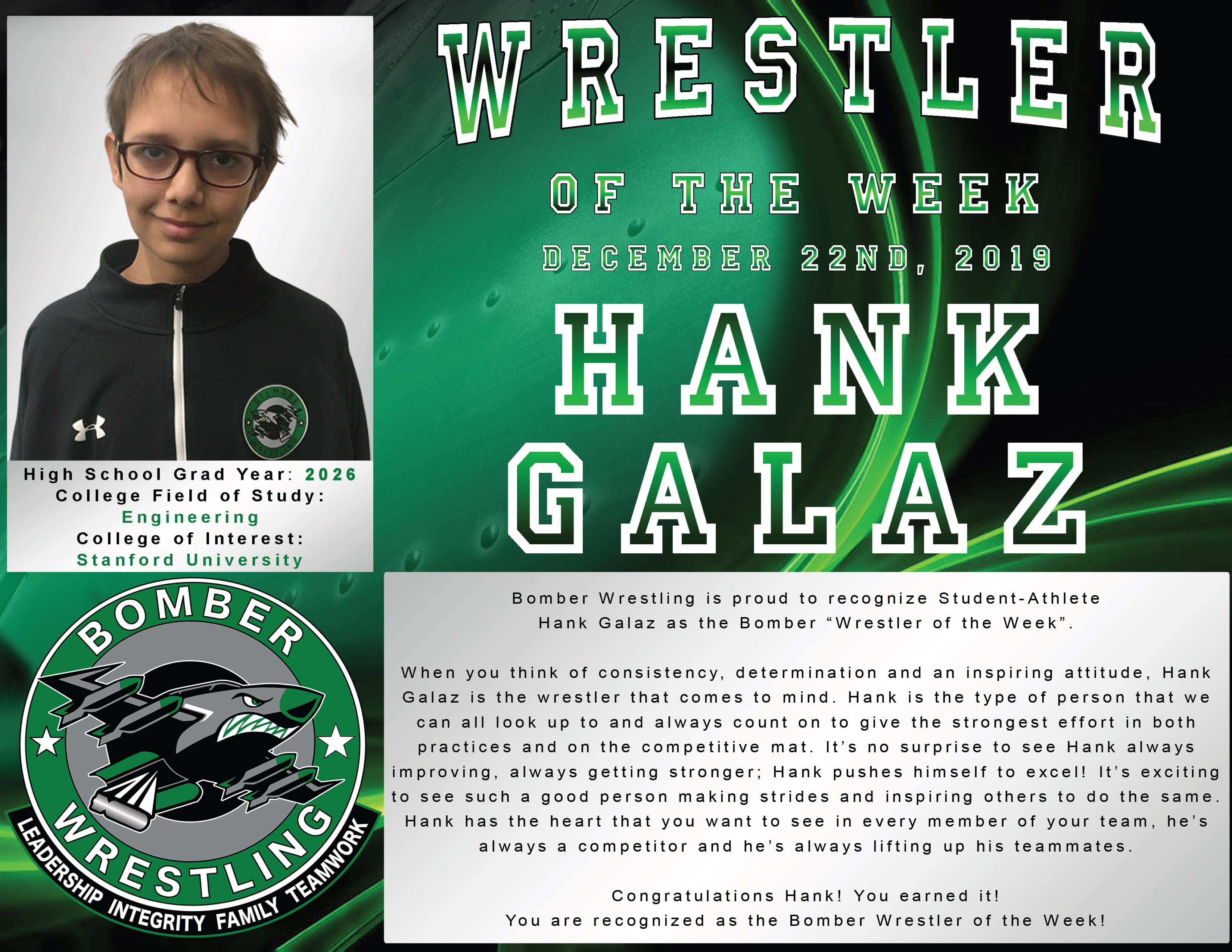 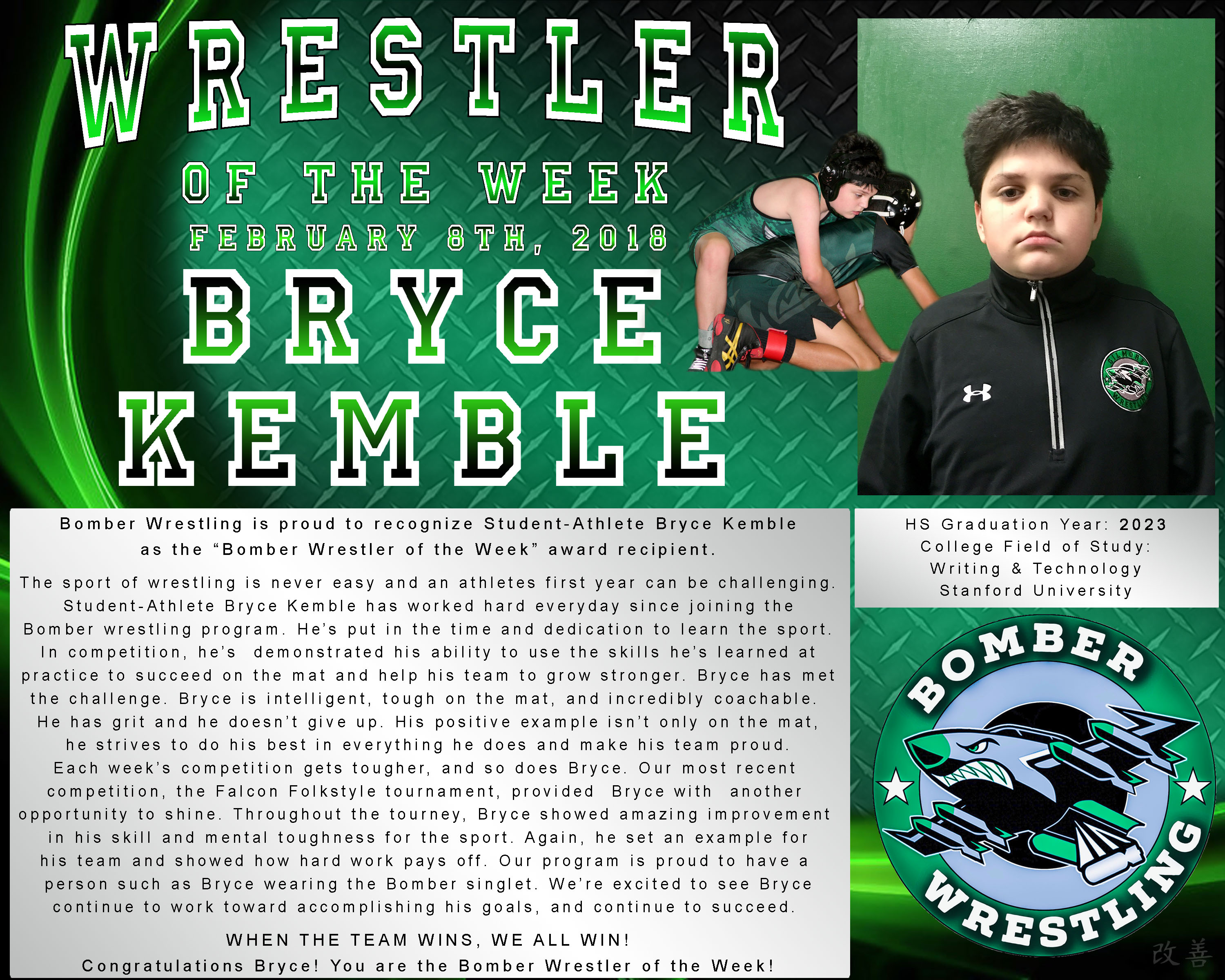 Bomber Wrestling is proud to recognize Student-Athlete Bryce Kemble as the “Bomber Wrestler of the Week” award recipient.

The sport of wrestling is never easy and an athletes first year can be challenging. Student-Athlete Bryce Kemble has worked hard everyday since joining the Bomber wrestling program. He’s put in the time and dedication to learn the sport. In competition, he’s demonstrated his ability to use the skills he’s learned at practice to succeed on the mat and help his team to grow stronger. Bryce has met the challenge. Bryce is intelligent, tough on the mat, and incredibly coachable. He has grit and he doesn’t give up. His positive example isn’t only on the mat, he strives to do his best in everything he does and make his team proud. Each week’s competition gets tougher, and so does Bryce. Our most recent competition, the Falcon Folkstyle tournament, provided Bryce with another opportunity to shine. Throughout the tourney, Bryce showed amazing improvement in his skill and mental toughness for the sport. Again, he set an example for his team and showed how hard work pays off. Our program is proud to have a person such as Bryce wearing the Bomber singlet. We’re excited to see Bryce continue to work toward accomplishing his goals, and continue to succeed.

WHEN THE TEAM WINS, WE ALL WIN! Congratulations Bryce! You are the Bomber Wrestler of the Week!